Playing For Change is a global music and arts phenomena which has touched hearts cross-generationally and internationally! Afro Fiesta and Los Pinguos have both played critical roles in the development of both PFC’s videos and live sounds thus it is fitting that this first installment of PFC’s event series at Corazon will feature these two amazing groups!

Afro Fiesta members Mermans Mosengo and Jason Tamba both left the Democratic Republic of the Congo more than fifteen years ago in search of a better life. Mosengo moved to South Africa in 1998, spending a year as a drummer and bassist with the Young Bakuba Band before going solo and eventually meeting Jason Tamba. A self-taught musician who later earned a degree in classical guitar, Tamba also traveled to South Africa in search of greater opportunity, where he soon met Mosengo and formed Afro Fiesta.

From the beginning, Afro Fiesta has embraced a powerful vision: using music to educate and inspire audiences to find solutions both for their native Congo and for all of humanity. Its first album, the self-titled Afro Fiesta, released in 2005, is full of songs that are a fusion of eclectic styles including Afro-jazz, kwasa-kwasa, makossa, and hints of Latin music.

With Afro Fiesta’s latest album Music is My Ammunition, its first recorded with Playing For Change, they have crafted a reggae rumba roots album with music and messages from deep in the heart of Africa. Music is My Ammunition features Detroit bass legend Reggie McBride as well as Jamaican brothers Courtney “Bam” Diedrick on drums and Sean “Pow” Diedrick on keyboards (both perform in Damian Marley’s band). The result is an album that crisscrosses Africa to blend diverse influences of roots reggae, makossa, and Congolese rumba.

Music is My Ammunition is produced by Playing For Change, a movement created to inspire, connect and bring peace to the world through music. As members of the Playing For Change Band since its inception, Afro Fiesta has performed more than 400 concerts in over 25 countries, including being one of the first to perform in Argentina’s DirectTV Arena, a tour in Brazil headlining for an audience of 35,000, and a tour in Australia as the opening act for Robert Plant. The can also be seen in many Playing For Change videos including “The Weight” along with Robbie Robertson and Ringo Starr, “Biko” along with Peter Gabriel, “War/No More Trouble” along with Bono and “One Love” along with Manu Chao. Earning a reputation as innovators, Afro Fiesta has performed at numerous music festivals including Jazz on the Rocks, SXSW Music Festival, OBZ Festival, Light Festival and Africa Day Celebrations.

Los Pinguos is a band formed in Buenos Aires, Argentina in the late 90’s, and led by musician and composer Adrian Buono along with his brother Enzo Buono, José Agote, Juan Manzur, Juan Manuel Leguizamón and Santiago “Fefe” Lee. The band plays a mixture of latin rhythms such as cumbia and rumba flamenca along with tango gypsy and rock influences.

In 2001, the band moved to Los Angeles and started performing in the streets of Santa Monica and local bars. Los Pinguos became popular in the US after participating on the TV Show “The Next Big Star,” where they received the Grand Prize. Since then, they have recorded several albums, Magia (2001), Camino Bueno (2002), Serenata (2003), Live in Los Angeles (2005), Peripecias (2006), California (2008) and 11.11 (2011) and performed all over the world in places such as India, Indonesia, Switzerland, Puerto Rico, Canada, Buenos Aires… Los Pinguos have also participated on numerous TV shows in the US and Argentina and some of their songs have been included in the Putumayo world music compilations. 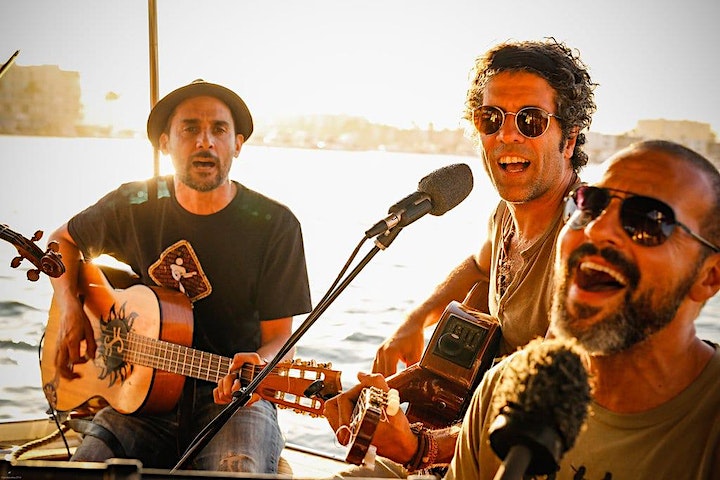 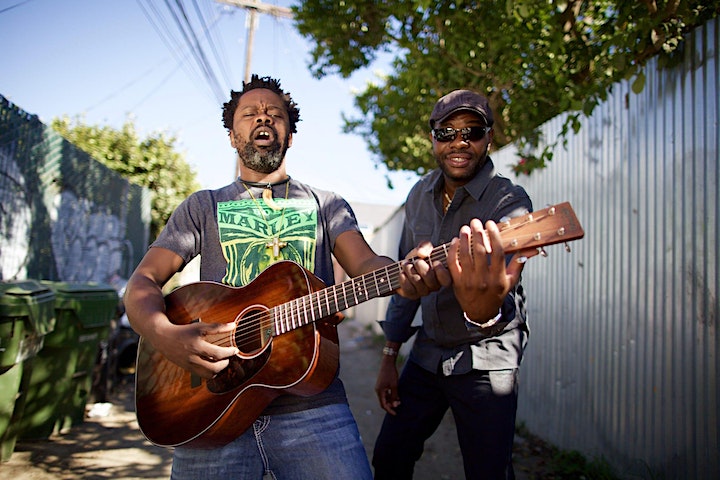